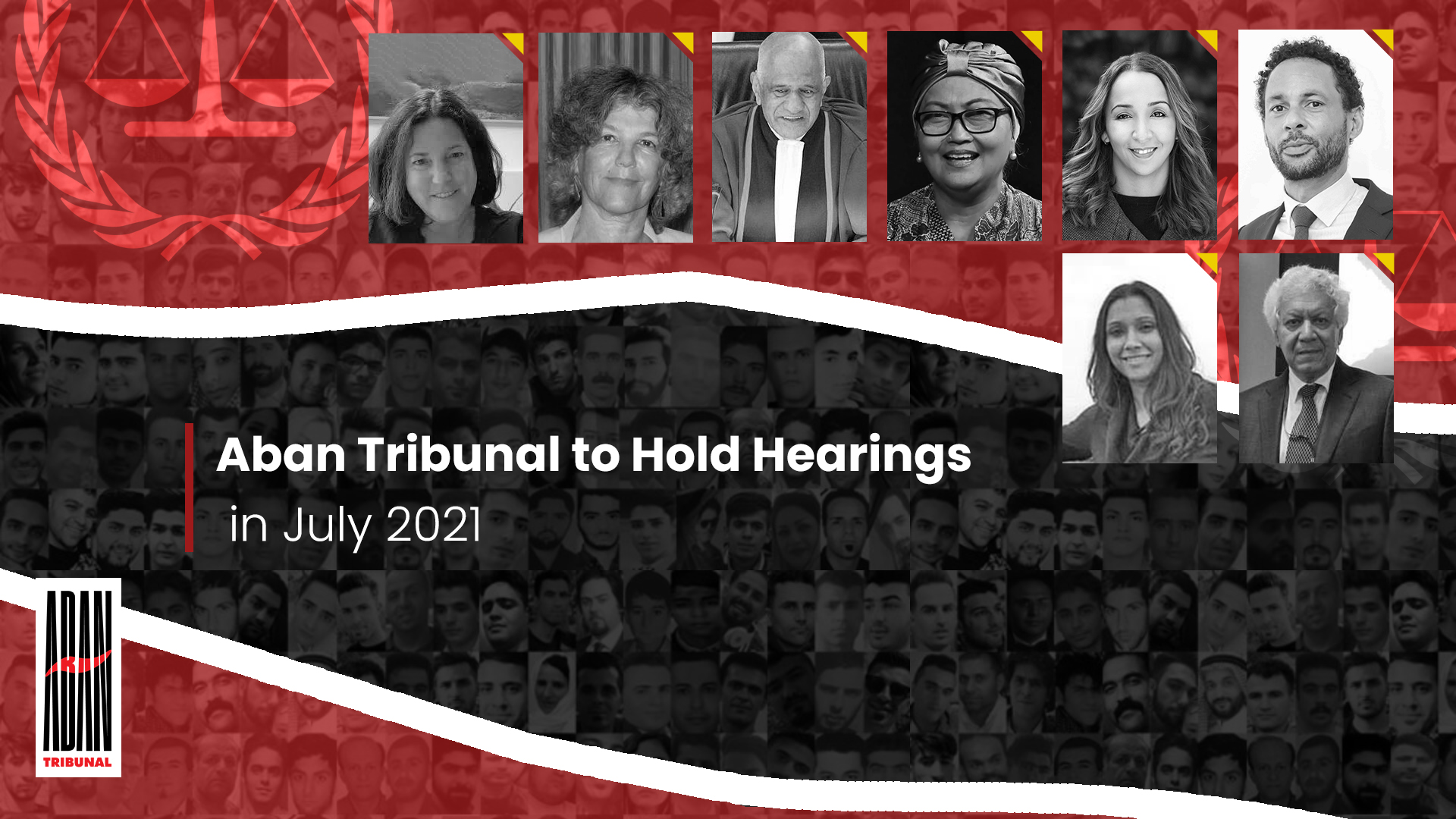 Due to the unprecedented effects of the COVID 19 pandemic and the overwhelming response of victims, survivors, and witnesses to participate in the hearings the organizers of the Aban Tribunal have decided to postpone the proceedings to July 2021.  The Organizers of the Aban Tribunal were elated at the positive reception the news of the Tribunal had in and outside of Iran. While the Tribunal waits for conditions to improve to host the hearings in The Hague, Counsel for the Aban Tribunal has notified Government representatives of the Islamic Republic of Iran, including Ambassador Kazem Abadi in The Hague that they requested to participate in the proceedings to respond to the allegations that are brought forward by the Tribunal. Counsels for the Tribunal, Hamid Sabi and Regina Paulose have stated, “based on the information that has been obtained to date the allegations that Iran continues and has perpetrated crimes against humanity against its own citizens appears to be strong. We repeat invitation for the Iranian government to send a delegate to represent its position during the hearing process.”

Submissions are still being accepted by the organizers through the WhatsApp and Signal number 00447770057007, and you may continue to follow us on social media. More information can be found on our website: www.abantribunal.com

On the anniversary of the November atrocities, a group of human rights advocates, Justice for Iran, Iran Human Rights, and ECPM, set up the Aban Tribunal (Aban was the month that the atrocities took place in the Iranian calendar). They have given the mandate to a group of renowned international lawyers (the panel) on behalf of the victims’ community, and the public continence to investigate the violations that took place between 15-18 November 2019 in Iran.