Between November 10th-14th 2021, activists and human rights groups will hold a people’s tribunal to examine who was responsible for gross human rights violations that took place in Iran in November 2019. In September 2021, Redress presented the UK Foreign Secretary with an appeal to impose targeted sanctions on Iranian officials. What is the back story and how should the UK Government react?

On October 3rd 2021, the recently-appointed United Kingdom (UK) Foreign Secretary, Liz Truss, told a conference of members of the governing Conservative Party that “Britain has always been a lodestar of freedom and democracy”.[1] She said that “we will build a network of liberty across the globe”, stating that “the democratic world order faces a stark choice” and that “either we retreat and retrench in the face of malign actors or we club together and advance the cause of freedom.” We need, she asserted, “to rise to meet this moment”.

Why, then, did Britain not act in unison with or follow the European Union (EU) in imposing human rights-rooted, targeted sanctions on eight Iranian government officials and three prisons when the EU did so in April 2021?

Why does the Foreign, Commonwealth and Development Office (FCDO, the UK’s Foreign and overseas aid Ministry) appear to show little interest in initiatives aimed squarely and advancing justice and holding human rights violators from the Islamic Republic of Iran to account?

Where does the FCDO now stand on the dossier presented in September to the UK Government by the Free Nazanin campaign and REDRESS, supported by victims of hostage-taking in Iran calling for sanctions on specific Iranian officials or the calls by Justice for Iran to impose sanctions on 35 officials set out in the organisation’s February 2020 report Shoot to Kill: Preliminary Findings of Justice for Iran’s Investigation into the November 2019 Protests (pp. 30-38) or indeed the International People’s Tribunal on Iran’s Atrocities of November 2019, or Aban Tribunal, to be held in Westminster, London, November 10th-14th 2021?[2]

Activists, alongside Justice for Iran, Iran Human Rights and ECPM – Together against the Death Penalty have mandated a group of renowned international lawyers and jurists to examine evidence and witnesses’ accounts relating to gross human rights violations that took place in Iran between November 15th-18th (called Aban in Persian) 2019.[3]

Numerous sources, including the United Nations’ Special Rapporteur on the situation of human rights in the Islamic Republic of Iran, the UK scholar, Javaid Rehman, Amnesty International and Human Rights Watch have set out their assessments of the events of November 2019 in their work.[4]

When the UK left the EU on January 1st 2020, it incorporated into (post-Brexit) UK law all human rights-related sanctions on specific individuals and entities agreed as an EU member. In respect to Iran, this included those enacted from 2011 and reviewed annually. As of July 2019, the EU had imposed targeted, specific sanctions on 82 individuals and one entity.[5] The European Commission’s annual review in 2020 produced no change, but in April 2021, the Commission identified a further eight individuals and three entities – each a prison.

But whereas the UK has aligned itself with pivotal EU foreign policy decisions, say in relation to sanctioning Belarus leaders following state violence carried out following the disputed August 2020 presidential election, it did not do so in relation to Iran.

It has appeared to drag its feet since then. Why?

The irreversibility of International justice and accountability mechanisms

The world has reached an international justice point-of-no-return and if the UK wishes to join the club – as the UK Foreign Secretary said it does – to “advance the cause of freedom”, the FCDO needs “to rise to meet this moment”.

The growing number of targeted sanctions regimes – those on individuals rather than whole countries – represent the globalisation of the United States’ (US) 2012 Magnitsky Act. Named for the Russian auditor and tax expert, Sergei Magnitsky, in 2009 he exposed fraud totalling $US230 million. Russian officials detained him on charges of collusion to commit tax fraud, but in November 2009 he died in pretrial detention in Moscow just eight days before he would have either had to be put on trial or released.

[7] As a result of a campaign led by financier Bill Browder, then President Barack Obama enacted the US Congress bill carrying Magnitsky’s name.[8] It provides for the imposition of restrictions upon named individuals in respect to travel and access to US-based or owned financial services for credible reasons based on the named individuals’ violations of human rights standards or corruption, features retained by the UK, EU, Canadian and other, analogous, provisions. Person(s) and entities designated under the Act can challenge the designation, a feature likewise retained in the provisions enacted in other jurisdictions.

These measure reflect growing international awareness and acceptance of forms of international justice and accountability bookmarked by the 1945-6 Nürnberg (Nuremburg) trials.

[9] In recent decades hybrid courts have been established to investigate and prosecute large-scale crimes under international law in countries which have gone through conflict or crisis, such as Bosnia, Cambodia and Sierra Leone. Likewise, the ad hoc International Criminal Tribunal for Rwanda and that for the former Yugoslavia, both now closed, prosecuted atrocities committed in those countries. With its establishment in 2002, the International Criminal Court (ICC), the international community created a permanent court to “investigate and prosecute people suspected of committing genocide, crimes against humanity, war crimes and (since 2018) the crime of aggression in situations where national authorities are unable or unwilling to act genuinely.”[10]

Significantly, however, the universal is now also the national: the prosecution by national courts of crimes under international law – wherever the alleged acts may have happened – is increasingly routine. Based on the principle that individual states have a duty to protect the international community or international order itself by prosecuting such cases, one such is the case against former Iranian official Hamid Noury, in Sweden. It shows that alleged crimes from 1988 in one state can be successively prosecuted in 2021 in another.[11]

The thirst for justice that this case represents is what drives Richard Ratcliffe. Islamic Republic of Iran security officials arbitrarily detained his wife Nazanin Zaghari-Ratcliffe in 2016 and as of September 23rd 2021, marked 2,000 days of unjust detention.[12] Since her detention, the Iranian authorities have unjustly detained at least three others, Anoosheh Ashoori, Morad Tahbaz and Mehran Raoof, in what some commentators term ‘hostage diplomacy’.[13]

It is also what drives those who face enormous risks to take part in November 10th-14th 2021 International People’s Tribunal on Iran’s Atrocities of November 2019 – the Aban Tribunal, which will allege that political and security leaders of the very highest echelon actually ordered people to be shot, killed, maimed or tortured.[14] Details of the alleged acts and their perpetrators can be viewed at Justice for Iran’s Faces of Crime website.[15]

The thing is, the justice and accountability toolbox now contains the means to advance justice. If the Iranian (or any other) government will not hold alleged perpetrators of gross human rights violations to account, we can demand justice elsewhere.

What should the UK and other governments do now?

It is time for Liz Truss to “rise to meet this moment”.

The FCDO should address, openly, the appeal made by the Free Nazanin campaign and REDRESS, supported by victims of hostage-taking in Iran.[16] What does it say? What does the FCDO propose to do about it? Why not tell the House of Commons? Why not invite Iran experts to an open consultation to examine the ramifications?

The UK Government – and every single government that respects the rule of law and seeks to uphold international law – should sign up (via Eventbrite) to send observers to the Aban Tribunal.[17] Come listen to eye and material witnesses; and expert witnesses. Let the suffering and injustice you hear shape your governments’ policies. Open your toolbox to hold violators of human right to justice; if you cannot do that, then impose targeted sanctions on them.

The thirst for justice and human dignity demands action.

[2] REDRESS, The Free Nazanin Campaign and REDRESS Call for Magnitsky sanctions on Perpetrators of Iran’s Hostage-taking, September 2021, https://redress.org/news/the-free-nazanin-campaign-and-redress-call-for-magnitsky-sanctions-on-perpetrators-of-irans-hostage-taking/; Justice for Iran, see website: https://justice4iran.org/; Justice for Iran, Shoot to Kill!, Preliminary Findings of Justice for Iran’s Investigation into the November 2019 Protests, Submission to the Council of the EU, February 2020, https://justice4iran.org/wp-content/uploads/2020/04/SHOOT-TO-KILL-Preliminary-Findings-of-Justice-for-Irans-Investigation-into-the-November-2019-Protests.pdf 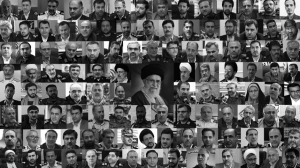 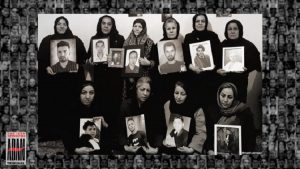