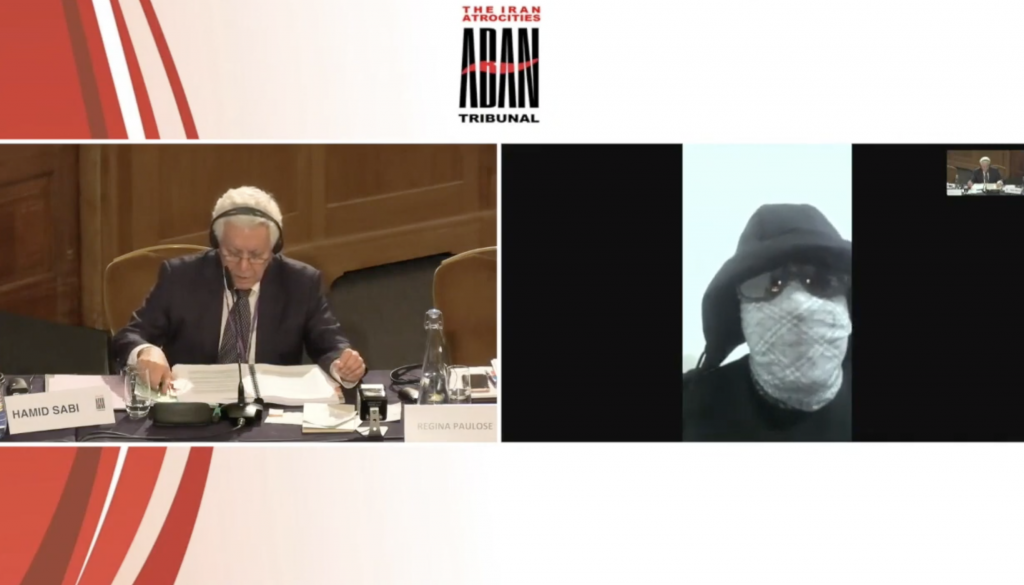 On 16 November, protests started in all cities (including Mishkin Shahr) at 9:00 am. People gathered together. Initially all of them were young people, very ordered and organized. They did not shout extremist political slogans, they were protesting the rising prices. About 70 percent of the slogans related to high prices and bad economic situation; people protested other related matters in society. The main reason remained the rising prices of petrol. I had never seen, in my life, such demonstrations and such protests against the ruling class. I was in the (protests) of 1388 (2009), 1396 (2017) and 1397 (2018) which pale in comparison with this one.

On the morning of 16 November, people came to the main square of the city at 10:00 a.m. and simply started their protests. They protested the high price of petrol and, besides that, they raised other related issues. When this crowd gathered, young men came first. People brought their vehicles and parked them; they got out and started shouting slogans. After about fifteen minutes, the entire area became a security zone. Special units gathered in front of the protestors; then came the police. Initially people’s slogans were in support of the police. Common sense dictated that we ought to win their support. People said you one of us and you live in the same society. If you want to fill a tank of gasoline tomorrow, you will have to pay 120,000 Tomans ($285 US). But then the atmosphere was taken over by security forces and became combative.

People continued to protest. A very large crowd of people had congregated. The forces that joined later were the Basij. I personally saw Basij forces all over with shot guns and Kalashnikovs. They had a commander. They formed six or seven groups armed with Kalashnikov, tear gas, shot guns, and pellet guns. Many of the November protestors were killed by the pellets, in addition to direct firing of bullets from Kalashnikov and shot guns. Suddenly, pellets would be fired at the protestors (only) on their faces. In this city of 80,000 people, three people were killed and more than 70 people were seriously injured, so much so that they had to be taken to the hospital and some of them went into a coma.

I have lived here for the last 25 years and know these people very well. Many were in plainclothes to conceal themselves from the people. But I knew many of them; they were local boys who worked for the Basij and Sepah. They were the ones who were given weapons and they fired at the protestors without any hesitation whatsoever.

The motor bikers who fired at the people were in Sepah uniforms. But the plainclothes men would find a solitary protestor and fire at him or identify him. All those who fired were from the Basij.

In Mishkin Shahr, tensions reached their height at noon. When I arrived there on the street, at 2-3 pm, I saw that the city had transformed. The Sepah and Basij were firing at people with their shot guns without any hesitation be it a child, a woman, or an old man. They fired straight away. I have a film of 16 November showing when they were firing in the main road of Mishkin Shahr. They killed three persons in our neighbourhood in Mishkin Dasht, Hedayatkar Avenue, the main road of the city. I believe it was 3-4 pm (when I saw the first firing at people).

I swear by my own eyes, I have seen them firing at people. I have a film (showing this). I have the names of the killers and the killed. In our 80,000 strong neighbourhood, they have killed three persons. Those who were wounded and were hospitalized number over 100. They would come armed after certain people the next morning, stand in from of their home, drag them out of their houses, shoot at their leg, shove them in the trunk of an unmarked vehicle, and go away. I have seen this with my own eyes.

They came from 17 November to 21 November and took away (the protestors they had identified). In Mishkin Dasht, they have arrested over 500 persons.

There are those who still have to come and go to court. For example, they found a film clip around which they’ve framed some case. I know someone who is only 18 years old, and he has been sentenced to 21 years in prison. Some families did not get  the news out either due to the fact that they were illiterate or they were unaware of the platforms they could use. Some are really scared and have been threatened to keep quiet.

The three people killed include Azizollah Eskandari. His tombstone has not been placed yet. His family is harassed each week. Azizollah Eskandari was 30 years old. He had a van and he would haul and transport things. He had just taken to the streets to protest the situation. He was married and had two children. One of his children is also disabled. After he was killed, his family was put under so much pressure that they could no longer even provide information. The family begged [the authorities] to have the body handed to them but they were refused. I think two days, three days later, the security agents themselves took the body and buried it. No funeral was held at all. When they want to bury someone, they usually uncover a part of the deceased’s face so that the family can see his face for the last time. But this family was not even given so much as that opportunity.

In the events of November, I roamed around everywhere in Mishkin Dasht, Fardis, and Karaj in my vehicle.

They fired at people with Kalashnikov, shot guns, and colts. I saw the (Basij) commander of the area (Mishkin Dasht) named firing at the face of children with pellet gun, shot gun, and Kalashnikov. Those who were killed were shot in the chest, neck, and head. Ali Hamedani who was killed here had a bullet hit his neck. They had fired directly at him. I saw them shooting from behind too.

Usually, what happened was that when someone was hit by the bullets people would take him to the hospital.

One difference in the November protests and the others was that all the kids were born in the 1380s (2000). People had come with their children. They came from all classes and age groups.

I saw a woman who was caught in the crowd in Fardis, Karaj. She was dignified, courageous, and was holding a placard in her hand. The motor bikers with batons in their hands rushed towards her but she stood her ground and did not run away; they trampled her. I have a film of this event.

In those few days of November, protests were held in all cities from Gowhardasht, the highest point, to Fardis and Moahammadshahr, the southernmost point, and I was at all of them.

On the 26th (17 November), I went to Fardis, Karaj. Three or four special unit vehicles had three or four persons handcuffed and paraded them inside the city to intimidate the people.

The Basij and the Sepah were everywhere (firing at people). I witnessed that they came with high chassis and unmarked vehicles; they were all organizational vehicles of Samand and Al Nood. They aimed at people with paintball and pellet guns and fired in quick succession.

When the demonstrations started, the police were there. However, I did not see the police from the afternoon of that day until the next three or four days. Perhaps, they were in plain clothes. The rest were all Basij and Sepah.

When the people were attacked, the only thing they had in their hands were the stones from the street; people had nothing else. People had come out in their slippers. People did not touch each other’s properties. They said no, that’s people’s property. If people set fire, they set fire to bases because they (the state forces) were firing at people from there. People have lawful right to self defence. There were gas stations and banks (on fire). When a bank was set on fire, it is possible that a house by its side may have caught fire. But the people did not go to other people’s houses and damage others’ property, no. People were very sensitive to property of other people.

One of the bases whose film was shown everywhere was the base of District 7, Mishkin Dasht. I believe its name is Bahonar and on its side is the Khaharan Khadijeh. Shots were fired at people from there. People were below. They closed their doors out of fear and had gone up to fire at people from up there. They fired from the rooftops of the buildings of Basij, Justice Administration, and the City Hall.

Fardis has 5 large squares. They have a helipad on the street opposite Park Tandorosti. They observed from the helipad to see what side the crowd was on and in what condition. Then, they had one large battalion garrison from where they divided the guards into teams. They were ordered to go to such and such place and shoot. The teams would come and fire at people; this dispersed the people. If the people did not comply, they would return and the next team would come. You could see the people protesting. Suddenly, four or five Al Nood vehicles would come in the middle of the square, guards would get off and fire at people and then go back. They would film from the helipad and send forces in proportion to the crowd for street clashes.

I was hit by a paintball pellet. Paintball is coloured. Motor bikers would come and fire from a distance. The pants of the person shot would become coloured; because of that paint they would identify him and when he came forward, they would kill him.