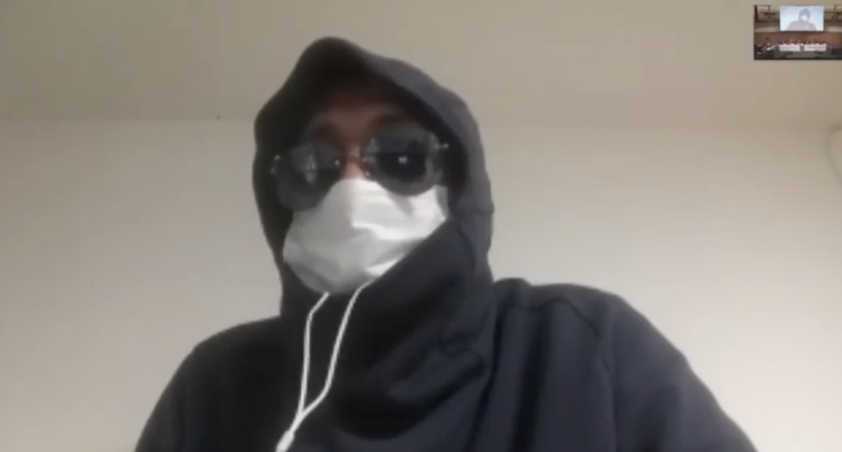 The place about which he is testifying: Shahryar

17 November, I used to work as an expert for the Khatam al Ambia Army Camp on a part-time basis. One of my relatives used to work there who introduced me to them; I gave a brief test (and was accepted). Belief in the System and its values are more important to them than the individual’s technical knowledge. It has a military section that is in the Sepah’s hands and the Sepah employs Special Forces. I am an installation expert. I was required to participate in all (state-sponsored) demonstrations such as those held on Ghods Day and 22 Bahman Day. If I did not participate in it, my salary would be stopped, and an inquiry would be held. The main seat of Khatam al Ambia Army Camp is located close to District 22 of Tehran.

(In the early days of the people’s demonstrations) my friends said that the main Camp was full of Special Unit Forces, operational, and military forces. A couple of days later when the demonstrations intensified, probably on Sunday, we were working o a project and  our project manager summoned us and ordered us to be ready to face the demonstrators. He said that the adversaries and opponents of the System wanted to topple the government. I, along with three or four friends, opposed him. I said at that very moment, “I do not know how to hold a stick nor wish to hit someone with it.” Then they applied pressure and said that we must go; only the Monafeghin (Hypocrites) would not. There were several military men with him. They said that if we knew how to use arms, they would give it to us to defend ourselves. My friends and I said that we did not know how to use arms and why should we carry them. Ultimately, they decided not to arm us.

Around 10-11 in the morning the service bus of Khatam al Ambiya Army Camp arrived, and all the boys got on the bus except the building’s security guard. They said that we were support forces and were supposed to flood the streets to suppress the demonstrations. Their basic objective was to project the idea that the streets were full of officers against the crowd of people. Assault and battery were their second step. There was a black van that accompanied the bus and carried equipment and black Colts; I can even say that it carried SIG Sauer semi-automatic pistols.

The bus was almost full. There were also five-six persons in muddy green uniforms and shock-proof knee-guards. There were several plainclothes men in regular trousers and shirts. A couple of them were in anti-riot gear and guard shields; they were clearly trained policemen. They were wearing shock-proof tubular masks, the lower part of which was dark coloured.

We left around noon. There were not too many people. There were seven-eight persons walking on Valiasr Avenue, Shahryar. My area of patrol included the end of Valiasr Avenue, Enghelab under bridge as well as a street above, and Sajjad Hospital where it was crowded.  They gave us an anti-riot helmet and one baton. They instructed us to first issue warnings to people and tell them to disperse and not assemble. In fact, they wanted that when a trained leader spoke to the people, a number of us should support that leader. They said that when the leader moves forward, we should follow him and try to bring the demonstration to an end. If the people go inside a shop, we should go into that shop and bring them out and send them home. We warned the people, told them to stop and not to assemble. But the forces said the same thing in a strongly insulting way. Sound of firing in the air could be heard. Skirmishes went to the extent of hitting the people with batons. Those plainclothes men, who seemed more likely to be the Basijis or Sepahis, hit the people on the waist, leg, and head. 60-70 per cent of them were police whose uniforms were shock-proof, had knee-guard and shin-guard, and are used in riots. Their uniforms were muddy green, dark, and black. Their faces were completely covered. They were probably trained Sepah officers. They fired tear gas and carried small war weapons. I saw AK-47 in the hands of the police force. The police forces were in dark military uniforms and grey pants.

The protests and skirmishes were mostly in the afternoon and at sunset. The crowd swelled to perhaps thousands. When it became too crowded, assault and battery began. From a certain point onward, the officers fired shots in the air which indicated that the situation was getting serious. Around 4:00 – 4:30 pm, we patrolled the area of Enghelab and Valiasr Avenues, alleys around it, and the street parallel to it. Suddenly we saw shooting; single shot, several shots, and screams and cries. I saw straight shooting at people in Valiasr Avenue. Those in plainclothes were firing shots. There were lots of Basijis among them; mostly they fired the shots. They had a small automatic weapon with clip of cartridges. Most of them also had Colts. The police fired shots in the air. I saw their Colts. They carried Kalashnikovs too. Other friends said that the police fired straight at people too. Their weapons were organizational. Most of them who were there were in muddy green uniforms – the anti-riot uniforms. They were mixed; four plainclothes men, and four Sepahis.

I saw them sitting behind trees and buildings and firing with telescope-mounted special guns. They were on the rooftops of three-four buildings in Valiasr Avenue and Enghelab Avenue. I saw them firing at the people from the top of a building towards the end of the street. I believe that those who fired from the rooftops were snipers. Mostly, they fired from administrative buildings. The distance was long, and the building was three or four storied. Particularly, one officer was in military uniform whose clear picture I have. Those who were on the street mostly fired in the air to intimidate. But those firing from the rooftops had weapons with long barrel, fitted with telescope. Those who fired at the people fired from a distance of 100 meters. When they fired, they fired on the front or on the back, it did not matter.

What I saw and cannot forget was the straight firing of assault bullets at five protesters. When we were patrolling, three of us separated from our leader and I saw two young men lying on the ground who were shot at a T-junction above the Valiasr T-junction. They were alive. One of them said: “I am shot; I am shot.” One was bloody below the waist and the other in the abdomen area. They were about 23-24 years old. A couple of young men shoved them in two separate cars. They were 50 – 100 meters away from the buildings on whose roof an officer was stationed. The next person shot was at a longer distance; I only saw people dragging him and taking him away. Then, I saw a woman or a man in a long dress who was shot. It was at a secondary street of Valiasr Avenue, in front of Bank Saderat. Another was wounded in the same area and people were holding him from under his arms and dragging him. He may not have been shot, he may have fallen to the ground. In one case, I saw Sepah men in muddy green uniform attack the people to grab a wounded person but failing to do so because of the resistance of the people and those who were helping them. My colleague saw, in the same area, that the officers shoved a wounded person in the trunk of their vehicle and drove him away. There was an ambulance there, but not for the people; it was for us. It was the Sepah ambulance, and it was for their support. The officers had vehicles for food and water too.

Assault and violence against the people, even the pedestrians walking on the footpaths, women and children, destruction of shops, vehicles and people’s property was too much. I saw officers violently pushing small children and shouting, “Go. Go.’’ I saw an old man being beaten and pushed around and falling on the ground. They indiscriminately hit people on the head and face. They would get hold of one person, would pull him out of the line, and beat him with batons and kick him around. They would pull his hair, tie his hands and feet, twist his hand behind his back and drag him to the bus which waited for the arrested persons. They had one bus whose glasses were unbreakable and protected by bars around it.

If the protesters threw stones, called names, or shouted “death to Khamenei,” the Special Guards and plainclothes men would chase them. They would break the glasses, mirrors, and bodies of people’s parked vehicles and the vehicles moving on the road with their batons on their way. They descended upon one unfortunate man who had parked his Pride (vehicle) on the road. I saw that they had broken the glasses of banks and people’s shops in lanes, and by-lanes, with their batons and the butt of their weapons.

The next day we went to our workplace, according to routine. Our project manager arrived there at 9:00 in the morning and began to threaten us. He said that we ran away, that we were cowards. I said that I was opposed to this whole thing from the beginning and that I was not a man of violence. If I favoured violence, I would be in his uniform. He was greatly offended by it. He took back whatever they had given me and seized my laptop and other things. They fired me from my job. He threatened me with imprisonment. He said that what I had done was treason against the Leader and His Household, that I was a part of the System’s body. After a couple of days, they asked me clear my position. When I went to my workplace after three days, they told me not to come back and fired me. Since I was not a confirmed employee, it was not very important for me. But wherever I tried to get a job in semi-governmental organizations, somehow, I was mysteriously turned down. My other friends, who were confirmed employees, had a worse situation. I believe they were arrested. I know one such person who received a court judgment (against him). Then, they pestered me about throwing my equipment in a deserted building and I was forced to take them there and hand over the baton and the helmet. They bothered me too much about the settlement of my accounts. I kept coming and going. They would ask me to get a confirmation from the ideology department; they would say that I was an adversary and ask me to furnish an undertaking that I was not a part of political parties. They would tell me to go home and come back tomorrow. It took them one year to settle my accounts.