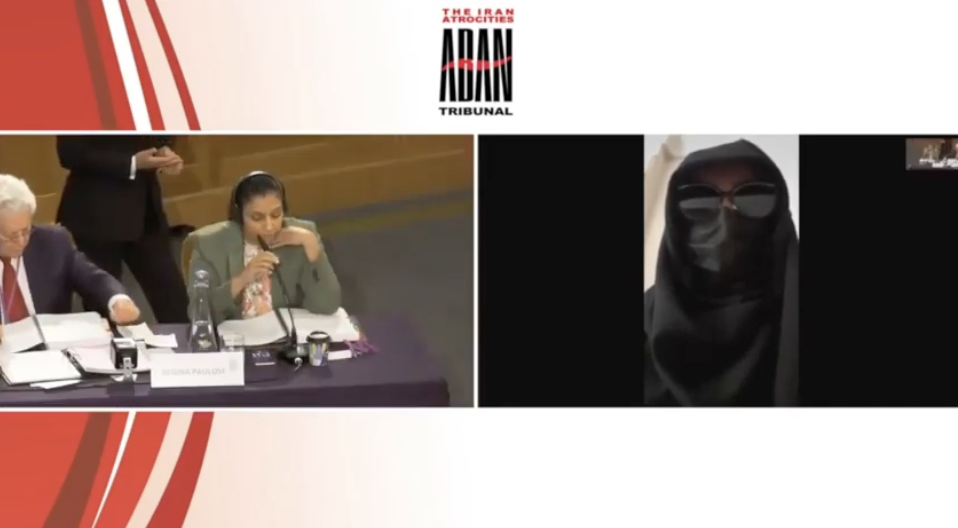 Type of testimony in court: Withheld

I went to Imam Street around 10:30-11 AM and found that special forces vehicles were parked there. Imam Street is in the centre of the city and very busy; most of the shopping centres are located there. (That day) however, it was not happening. I headed toward the intersection of Imam and Khayyam Streets. Suddenly, I noticed that a crowd of people was swarming toward me; there was a rally at Khayyam crossroads. When I got there, the security forces were beating people. They beat anyone who passed them with batons and fired tear gas to disperse the protesters. Special forces were standing there, and the plainclothes agents beside us watched people. (Those who held batons and beat people) were from the special forces. Some had hidden their batons under their clothes and taken them out at once. (Their uniforms) were black and like armour. They were dressed entirely in black. Their helmets were also black. (Their faces) were wholly covered under their helmets. The helmets covered their foreheads and had a strap connected to the two sides. (Some of them) wore green clothes (similar) to the military uniforms, (but) they were not military forces.

I headed to the city’s main square, Ayalat. All protest gatherings were held there because the Courthouse, the Municipality, the Provincial Governor’s Office, and the Cultural Heritage Office are located in that area. We stayed there for an hour or two. I noticed some shoes were left on the ground; it seemed that their owners had been taken away. It was said that they were detained and taken away.

The slogans chanted by protesters tended to target ethnic groups. Though the police repeated, “It is enough, we will meet your demands,” we carried on chanting. I could not see what was happening on Imam Street but noticed that the special forces tried to gather the crowd in the square and prevent them from scattering throughout the street. They drove a black van into the public- a transport van with prisoner compartments. They detained three men, forced them into the van, and took them away.

They kept firing tear gas to disperse protesters, so we had to go to Kashan Street. These clashes continued until the afternoon, and I do not know what happened then. That was all I saw. (The protests) did not last more than two days. I also heard about a rally held on Sheykh Tapeh Street and the detained individuals. I know that one woman was arrested.

I did not see anyone wounded, so I cannot say that the beatings caused injuries, but I saw the security forces beating people. We would probably have seen violent scenes if the protests had escalated in Urmia, like in other cities. I saw one or two (ambulances). The ambulances were on their way to Imam Street; I did not know what was happening there. They could not come to Panjrah Street. One side of this square led to Panjrah Street. This street was busy, so cars had to pass through Imam Street. They went that way, and I do not know what happened next. The protests were concentrated in Imam Street, extending from Khayyam Street to Ayalat Square, and on the road from the governor’s office to Ayalat Square.

We were not armed, but they were fully armed. Plainclothes agents carried guns under their shirts.