“A welcome and significant step”: UK House of Lords member hails the Iran Atrocities Tribunal, calling for action against perpetrators 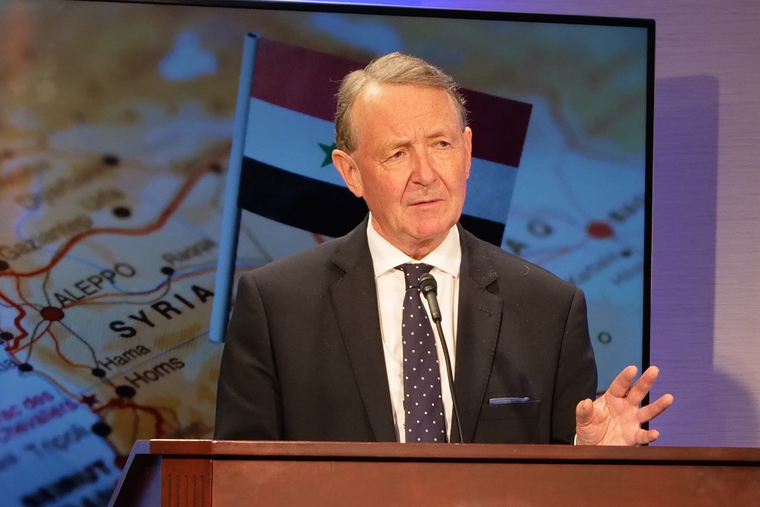 The Iran Atrocities (Aban) Tribunal which heard dozens witnesses testify to the egregious crimes of the November 2019 protests in Iran has been recognised by Professor the Lord Alton of Liverpool, a member of the UK House of Lords, of Liverpool as a significant step in ending impunity for Iranian officials.

In his statement, Lord Alton, who has been revered for his human rights work, commended the Tribunal for bringing the crimes of November 2019 to the international floor, as the first tangible act that seeks to hold the accused accountable.

“Where the international community fails the victims and their families, the International People’s Tribunal in London, also known as the Aban Tribunal, gives them a small hope of justice and accountability,” said Professor the Lord Alton of Liverpool in his statement.

In addition to his applaud of the Tribunal, Lord Alton has made several recommendations that has also been echoed by the Counsel and the Tribunal’s organisers. He has called on the UK government to support the Tribunal and work with other international bodies and allies to push for an official investigation by the UN Human Rights Council. Finally, he has implored that the UK government also takes steps in implementing human rights sanctions against those accused of crimes against humanity.

“This systemic impunity is the main reason for the deteriorating human rights situation in Iran and regime resorting to deadly crack down, mass arrests and executions to crush popular protests and silence the Iranian society that is demanding improvements and its basic rights and freedoms,” stated Lord Alton as an explanation for why the UK government must uphold its promise to ensure human rights.

The Iran Atrocities Tribunal, also known as the Aban Tribunal, is an International People’s Tribunal held to hear the testimonies of witnesses to the crimes against humanity committed during the November 2019 protests., 133 have been accused of crimes against humanity by the Tribunal Counsel in a week-long, nationwide protest that saw hundreds, if not thousands, dead, and thousands more injured, detained and/or tortured.

After examining near 200 fact witnesses and several expert witnesses, the six panel members are set to deliver a judgement on the occurrences of November 2019 in the early months of 2022.