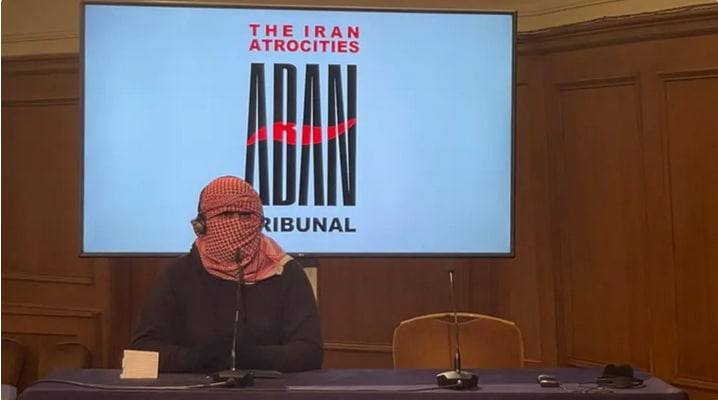 The price of petrol was hiked on 15 November 2019. The young men of Jarrahi City assembled close to the first gas station around 6:00 PM, and we went to the main entrance square of Chamran City (Jarrahi City). We blocked the roads with stones, tires, and fire; we did not allow the vehicles belonging to the Petrochemical Company or the government to pass through. We posted several individuals on each side of the road, and the cars could not come in by force, but we let the hospital vehicles or vehicles carrying food pass. The police would tell us to open the road, and when we would tell them to go away and have nothing to do with us, they would go. The police did not get involved with us too much. They did not clash with us even on 18 November. On that day, there were about 700 protesters. There were many kids under the age of 18 among the protesters. On the days of the skirmishes, there were even ten or 12-year-old boys among the people. Protests continued that night until 2:00 AM, but no shots were fired in the area, and no one was killed.

We came to the streets on Saturday at 7:00 – 8:00 PM, and again, we blocked the road with stones, tires, and fires. We would not allow vehicles, buses carrying company employees, or military vehicles to pass through. Only the police were there on 16 November, but they had nothing to do with us; they just stood there in a corner. There was even one captain who sided with us. He would say, “We too are one of you; we will not clash with you. The best thing you have done is blocking the road, just do not set any place on fire.” After the skirmishes, they transferred him to a village for siding with us.

At 10:00 AM, the Special Unit forces came and told us to open the road; we replied that we would not open the road. They said, “If you do not open the road, step aside a little bit. We will take a picture and show it and say that you protested, but we opened the road so that they will not send forces which will come to blows with you.” We said okay and opened the road a little bit. They took photographs and went away. It had become too chaotic by 1:00 PM. Military men in plainclothes with masks over their faces were roaming among the people spraying pepper spray. One of them pepper sprayed my eyes and ran away. We were 40-50 people that night who stood there until morning and kept the road closed.

The Special Unit forces came there on the morning of 18 November. Their uniforms were muddy green, and black. They wore helmets and carried shields and were armed; they carried MP5s, Uzis, Kalashnikovs, and light war weapons. Their vehicles were black. There were 30-35 of them with the logo of the Special Unit, NOPO.

They carried Kalashnikovs and another weapon, the top of which looked like a black spot, I do not know its exact name. It uses pellets that are made of lead. The shells are marbles of lead and steel. They would fire shots from a distance of 15 meters. There were snipers too who shot the people with long-range Genasehs. I did not see them but heard others say they were from the IRGC.

About 20 (company) buses were parked on the side of Chamran and Besat. They told us to open the road, we said we would not. At that very moment, one of the boys said that a small pahbad (drone) was hovering over my head and was filming us. Then we saw the drone go towards the barracks. At 9:20 PM, they said that forces were coming from the barracks. We went from Jarrahi towards the port toward the barracks and stood there. A film shows us standing and the security forces coming towards us. They came to us at precisely 9:30 AM. They were at a distance of 10-15 meters from us. One of the officers asked us to open the road; we said that we will not. He said that they would kill all of us if we didn’t open the road and told his subordinate to fire three shots in the air. They fired three shots in the air, and we sat in front of them. He said: “Shoot them”. The security men who were with him were kids; they were Basijis. Abbas Rahmani Mansouri (Asakareh), aka Abbas Tomeh (Abbas, son of Tomeh), was a hawker with fruits loaded on his Nissan and stood at the entrance of the roundabout. One of those pellets struck Abbas’ chest. They took Abbas to the hospital, but it seemed that he died on his way to the hospital.

Abbas was a fruit vendor. He was a very simple man, he had nothing to do with anyone. He had married six months ago. He was the breadwinner of his family. He has a younger brother named Reza, who is sick. His family has filed a complaint and is pursuing the case to this day. They regularly travel between Tehran and Ahvaz. I have heard that they brought money and offered it to his family as diyyeh (blood money), but the family has not accepted it.

Abbas was shot by the Basijis, who are under legal age. Amir Sanjaran was shot after Abbas. One of the young men who died was shot in the spinal cord between his waist and hips. They had written the cause of death on his death certificate as “coming into contact with a hard object”.

After that, about 700-800 persons assembled close to the city’s main square. The security men attacked them and fired shots at them. People responded with stones and sticks.

People ran away towards the reed beds around 10:00 AM, and the security men did heavy firing with their Kalashnikovs on the reed beds. No one among the people had a weapon. People only threw stones and carried sticks in their hands.

Shortly afterwards, other security forces joined them. Four or five IRGC Duska vehicles followed them. Those IRGC vehicles came from Mahshahr, and by 11:00 PM, all their cars had arrived. The men who got out of those vehicles wore matte green Basij and IRGC uniforms. The Duskas were stationed on the main road.

The Lors were beside us, the Turks were beside us, and the Arabs were with us, but all of them were of the same region. For instance, Ahmad Cheraghian, killed in those skirmishes, was of Bakhtiari origin and a Lor. When Ahmad returned to the city, they fired shots at him from a distance of 300-400 meters and killed him.

When asked where their kids are, many families say they are drug addicts or have gone away, and they have no news of them. Some security institutions have put pressure on them to say those things or maybe have given them money. I know many families of the killed persons have not disclosed the truths about those killed in the reed beds. But I know the names of some of them. I even have the photographs of the graves of some of them. Ali Kahjeh al Buali, Ahmad Khajeh al Buali, Yusuf al Buebadi, Salam Amir Sanjaran, Ahmad Cheraghian, Abbas Manshouri Rahmani (Asakareh), Mohammad Khaledi, and Taher Alkhomais Achrash were all killed in that area. A Duska bullet shot Ahmad Cheraghi at 1:30 – 2:00 PM below Tanideh neighbourhood.  I cannot name them. Children of many families are missing. No one knows anything about them. The Duska firing continued until 4:00 PM.

Reza Sayyadi, one of the security men and the person in charge of the NOPO, was also shot between 10:30 AM – 3:00 PM. When a bullet hit him, he was on top of one of the Duska-mounted vehicles. The film was broadcast: one Duska drives backwards to get away and turns when the bullet hits Sayyadi. That is, the security men’s own bullet had struck him. However, they later blamed two persons named Abbas Shalishat Darris and Hossein Shalishat Darris. They forced them to confess that they had killed Sayyadi. However, when the expert came on the scene, he said the murderer had fired from his own (organisational) weapon. I learned this from the contacts I have. Several persons there said, “They brought Abbas and Hossein to the scene where the officer (Sayyadi) was shot. They said that the bullet that struck Sayyadi struck him from behind. Behind him were their security agents, but they blamed those two persons, asserting that they were terrorists and had weapons. The confession was extracted by force. Their death sentence has been issued.” Abbas has two children, I believe; he is about 45 years old. Hossein is about 25 years old.