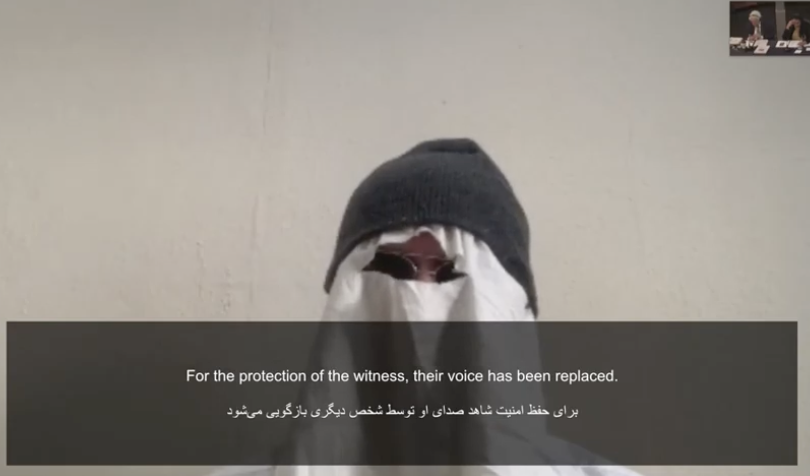 Witness’s condition: Knows about two persons who were arrested and disappeared.

During the protests of November 2019, contact with the outside world and foreign media was not possible as the Internet in Iran had been cut off. As far as possible, we tried to collect photographs, files, pictures, and whatever else we could find related to the protests and make it physically available to reliable, independent, and free media outside of Iran.

Several weeks after the November protests began, we collected several new photographs and documents and wanted to send those photographs from Iran to foreign media. Unfortunately, one of the people working with us was arrested; about two hours after his arrest, another of our friends involved in the registration and dispatching of those photographs was also arrested. After I handed over the hard drive containing pictures and films to another person to deliver to the media, I went to another city for personal work. For that reason, I was not arrested at that time.

While I was en route to that city, one of my family members secretly informed me that the security agents had stormed my house and were waiting for my return to arrest me. I learned later that at the same time they had stormed my house, they had also stormed the homes of those two other friends who worked with us. I contacted the person to whom those two friends were supposed to deliver the photographs and films to and learned they had not provided the files. These two events made me suspect that they had been arrested. For that reason, I remained underground for 27 days. Then, I learned that both of them were arrested. I know there is no trace or trail of those two arrested people. It is as if they never existed; no contact, no phone call, no address, nothing at all, as if they were never born.

Since the arrest of these two, the only news we have about them is that they were arrested within our city’s geographical boundaries and then transferred to Tehran. We do not know to which prison they were taken.

It was not the first time we had done this. Since 2014, whenever the Internet was cut off temporarily and locally, we tried, in the same manner, to physically smuggle photographs and films through a hard drive and deliver them to people who knew through which media and from where they should be broadcast. In November 2019, it was the third hard drive we were trying to send out of Iran when our friends were arrested. This hard drive contained horrible pictures (of suppression of protesters) and scenes of the killing of protesters by the security agents. If those films had reached the media, I am sure that conditions would have changed significantly.

I know about those two people’s families indirectly and know they have been harassed a great deal. The family members have pursued the case. Still, I have not heard of any information given to them regarding where they were arrested or if anyone has accepted any responsibility (for them). I was able to establish limited contact with the family of one of them to offer any help if I could or to hear any news about him. They told me to stay away from them and make no contact with them. After that, I did not try to contact them.

They have harassed my family a great deal too. The security men who came to our place showed no warrant or documents indicating their identity. Some of them were in plainclothes; some of them were in military uniforms and carried weapons. They arrested my young son and my brother. They have persecuted my family and my children so much that I cannot recall it. I still wake up from nightmares on many nights. After about two years, my family still hides many things from me and does not tell me all about what they have gone through; but I know my wife and son have been subjected to severe assault and battery. Because of this violence, my son still loses control of his urination at night.

I have not spoken about many things for security reasons. It is hard on me for personal reasons if I disclose all the facts. I cannot speak up, fearing the problems that may arise; but the pain suffered by my family and me, those two people and their families, is beyond describing.

Because of this episode, about 15-20 people (families of the three of us) are being punished. Even if the three of us commit a crime or an illegal act, it has nothing to do with a 12-year-old kid being tortured. It has nothing to do with a 70 or 80-year-old woman being tortured. Torture is not just someone being beaten with a cable in prison; it is also torture that an 80-year-old woman has not seen her son for two years and has not heard about him. It is torture that a child is born and has not seen their father; it is torture that they do not know whom to refer to seek justice and whom to see to get news about their loved ones.

I have not been able to get rid of this torture of my conscience for the last two years; I feel guilty about breathing, eating food, smoking cigarettes, walking, and speaking on video; I have a guilty conscience about very common things. I think this guilt is about my family and those two men whose fate I do not know or what they suffered and for whom. No one accepts any responsibility.