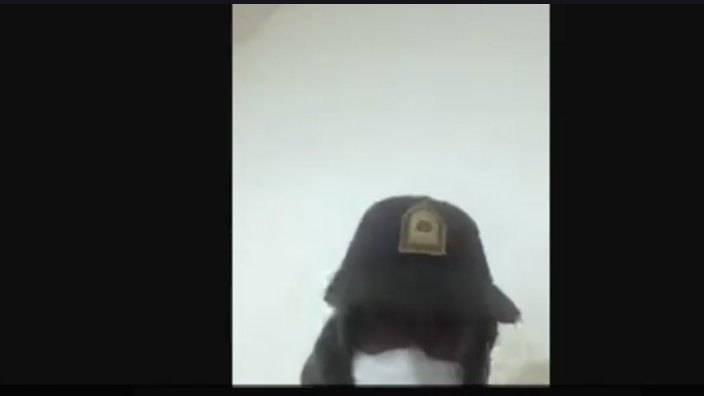 Witness status: Member of the police force of the Islamic Republic of Iran, witness to shooting and injury of people at protests

I serve in the police force. On Friday, the 24th of Aban (November 15th), from eight o’clock at night until eight am the next day, Saturday, was my work shift. At eight o’clock at night, when I went to work, I was informed that the price of gasoline would increase at noon. I was sent to one of the gas stations along with a colleague with a complete set of weapons and military equipment to guard and protect. We had Kalashnikov rifles, P-220s, 180Bs, Tasers, and other equipment. When we arrived, two people were there at the gas station. They were pleased when they saw that we had entered the gas station with two cars and saw our mobilisation. The two people said that because gasoline will become expensive at noon, we may have to confront protesters; it’s a good thing that you came to protect us.

The person in charge of the gas station said, “Please, one of you should go to the top of the gas station building.” Because my colleague was my junior rank, I told him to go to the gas station’s office roof and stand guard. When it was noon and the gas stations increased the price of gasoline, everyone who came to refuel was surprised and cursed the leaders of the regime, especially Mr. Khamenei. At eight in the morning, our shift ended.

When I got home, I turned off my office phone and rested. It was four o’clock in the afternoon when I logged on to Instagram from my mobile phone and saw that the people of Tehran had taken to the streets chanting slogans. Because our city also had a history of protests, I thought people would take to the streets. A few hours later, I was summoned to show up on the road.

When I got to the place where I had been summoned, I was astonished by the number of people standing in front of the headquarters. So many people were standing in front of the door that I could not enter the office through the main entrance. I was brought in through the back door of the headquarters. At that police station, they gave me a Kalashnikov and 180 bullets. I was sent to that rooftop of the police station. The police chief said that whoever passes by, just shoot. Do not worry at all about these thugs who have come out to protest. They want to invade the police station. I quickly went to the roof and stood there. When I looked down at the street, I saw about two or three hundred people and my colleagues shooting at them in the street. The demonstrators were not armed at all. They just picked up stones from the same street and threw stones. Two tires were also set on fire.

About ten or twelve people were injured. Another had fallen to the ground and was bleeding around his head. I could not tell if he was dead or alive. One of my co-workers said that this son of a bitch wanted to climb up the gates, so I shot him so that he would be a lesson to the others.

I could not bear to see this amount of violence and blood, so I went down. One of the plainclothes agents was at the headquarters. He kept constantly looking at me. He had a notebook in his hand and made notes about how we were doing. I was not at all feeling well. Honestly, I was saddened to see that scene of blood and the ten or twelve people wounded and shot in front of the door. I had no idea what I was doing. A few hours later, I handed over the gun and went home.

There were about two hundred guards at our headquarters. Thirty of us were ready and armed with a commander. We also put ten people on top of the bank. That headquarters would not have been invaded at all. I do not know whether protesters gathered wanting to seize that building or just set fire to the tires and protest. People threw stones and cursed the regime officials, but they were not considered a threat to us. There was no danger to the police at that moment. Because the people had neither firearms nor weapons. I was so upset that I did not even know myself. The forces that fired could have neutralised people without firing. I saw no weapons among the demonstrators and no bullets were fired at us. The troops were able to gather people with batons and defend the headquarters.

I did not take part in these shootings, but bullets were fired by police at protesters. The right to use a weapon was legitimate and acceptable if a hostile force existed. But at that moment, the police had no right to use weapons. The strike force was also present. They could have defended themselves with the security forces, police guards, and even water cannons, but they did not use them.

At that headquarters, I saw the commander of the province, the public prosecutor, and the commander of the provincial corps. They had just come to end the protests quickly. Given that all the high-ranking commanders of the province were gathered there, we knew they wanted to end it quickly and finish. It was as if he had been ordered to quash it quickly and leave. They were afraid that these institutions would collapse one by one. That’s why they were shooting and hitting with bullets. They had no problem killing people.

The next day when I returned to my principal place of service, three plainclothes men came and took me away. I was interrogated. I was asked why I did not stay on the rooftop. I was severely beaten during interrogation. They slapped and punched me in the face. They said why didn’t you shoot people? Why were you so unwell? Why didn’t you cooperate? Why did you not carry out the commander’s order and the “whys” that still bother me? Finally, they gave me a form to sign. I had no idea what was written on the sheet. During the interrogation, they said you do not need to know what is written on this sheet. Sign it. I only saw the words disobedience, insubordination, and refusal to follow orders. They suspended me. When I returned to work, my co-workers did not know where I was. They thought I was on leave. They kept asking me where I had travelled to. No one had told them what had happened to me.

Suppose someone wants to enter the headquarters with a weapon or attack with a heavy weapon. In that case, the headquarters commander can decide without a higher-ranking officer’s permission and protect the place himself. No one reprimands him, and in fact, he’s applauded. But in the case of a protest such as the one over petrol prices, that was predetermined, they knew that such a thing would happen, a meeting of the provincial security council must have been held. The IRGC commander, the police chief, the governor, and the public prosecutor must have been present. They are the ones who inform different headquarters and tell you to shoot at people or not. Indeed, this order came from above. That is, the governor, the commander of the IRGC, the commander of the police force, and the public prosecutor, have given this order. That is, the written order reached the headquarters communicating that whatever it is, suppress it quickly, and you can defend yourselves as you wish. Otherwise, the headquarters commander could not have attacked and shot at an unarmed crowd in this way.

The police force is under the supervision of the Ministry of Interior. At that time, I think the Minister of Interior was Rahmani Fazli. The police force is under Mr Ashtari, and he is also under the command of Rahmani Fazli, who is of a higher hierarchy. After the Ministry of Interior, Mr Khamenei is the Commander-in-Chief. There are two categories in the police force that, in some cases, have full authority. One is Security Forces Protection; the other is the Ideology Security Forces. They can arrest a member of any of the forces. They can command a force. They can monitor our patrol.