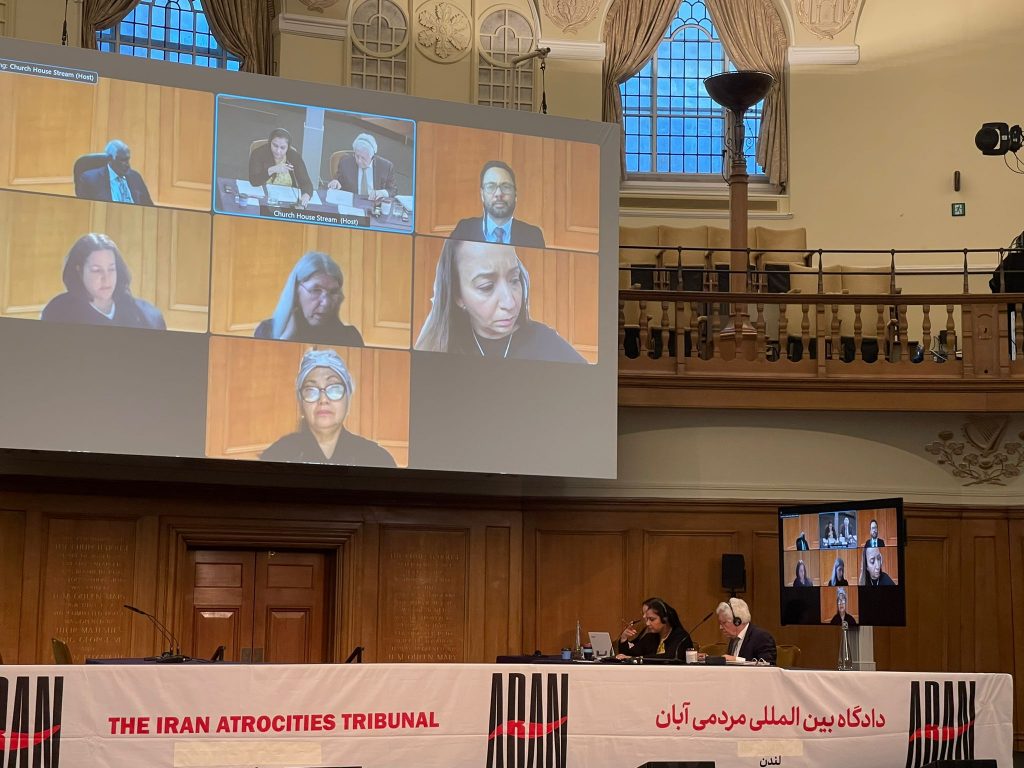 After the second hearing of Aban Tribunal from February 4th-6th, where families of victims, protestors and current and former security and judicial officials testified, Saeid Khatibzadeh, the spokesperson for Iran’s ministry of foreign affairs referred to the process of the Tribunal as a “show” and propaganda against Iranian people in a press conference held on 7th February. He also mentioned: “We have filed a complaint to the UK against these show trials in London and said that these are inappropriate actions for international affairs”.

The Counsel to the Aban Tribunal would like to remind that the tribunal is unaffiliated with any government, is independent and an international people’s tribunal. No government, including the UK government, has any jurisdiction or control to stop the process of this Tribunal.

The Tribunal, being a people’s tribunal, is set up for and at the request of the victims and families of the victims of the Aban 1398 (November 2019) atrocities committed by the Islamic Republic of Iran.  It belongs to the Iranian people and in particular the bereaved parents and families who lost their loved ones during these events.  As such it operates for and not against the Iranian people.

The Counsel would also like to point out that they had formally requested on many occasions from the Islamic Republic and 160 officials accused by the Counsel of Crimes Against Humanity to provide any evidence in their defence. As stated by Wayne Jordash, QC, the Chair of the Tribunal, there is still time until the final judgement for the Islamic Republic and the accused to submit their defence.