REPORTS OF REPRISALS AGAINST ABAN TRIBUNAL WITNESSES AND THEIR FAMILY MEMBERS 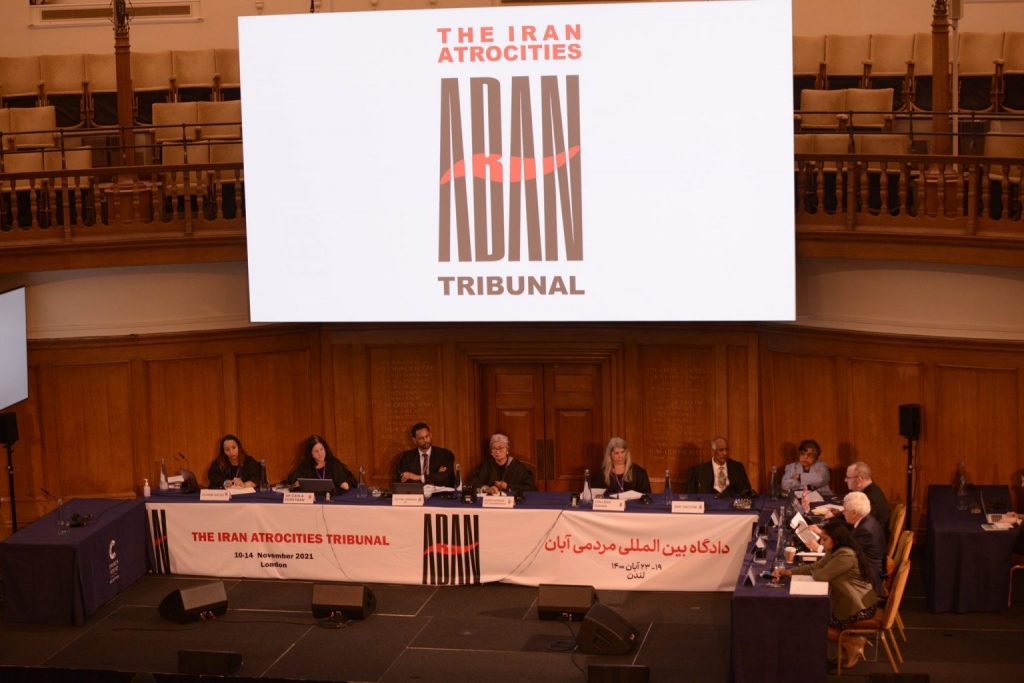 London,19 APRIL 2022 – The Panel of the Aban Tribunal are deeply concerned about recent reports that certain individuals who testified before it, as well as family members, have faced reprisals connected to their testimony, by agents of the Islamic Republic of Iran. In particular, we have received information that individuals have faced a range of forms of harassment, threats and intimidation including death threats, arbitrary arrest and detention, intimidatory interrogations, unfair prosecutions and use of physical violence. These tactics have reportedly been used to encourage individuals to publicly denounce their testimonies, cut ties with witnesses and/or reveal their locations.

In the course of its hearings in November 2021 and February 2022, we heard from many ordinary citizens coming from all walks of life including protesters, bystanders, healthcare workers, security officers and judicial officials. They came forward to explain in their own words, what they knew and what they saw. The strong interest shown in the Aban Tribunal’s work and the wish to collaborate with it despite the significant risks involved, attests to the strong and hitherto unmet desire amongst Iranians for truth-telling and for accountability.

We remind the Islamic Republic of Iran of its obligations under the International Covenant on Civil and Political Rights which it has ratified, to respect and to ensure to all individuals within its territory and subject to its jurisdiction their human rights, without distinction.

All individuals have the right to participate in justice and truth-seeking processes. All witnesses and persons connected to them have the right to be protected from threats and reprisals, and to have their inherent dignity respected at all times.

We call on the Islamic Republic of Iran to take all possible measures to end any possible reprisals against witnesses and family members, and to address any impacts of any reprisals if already taken.