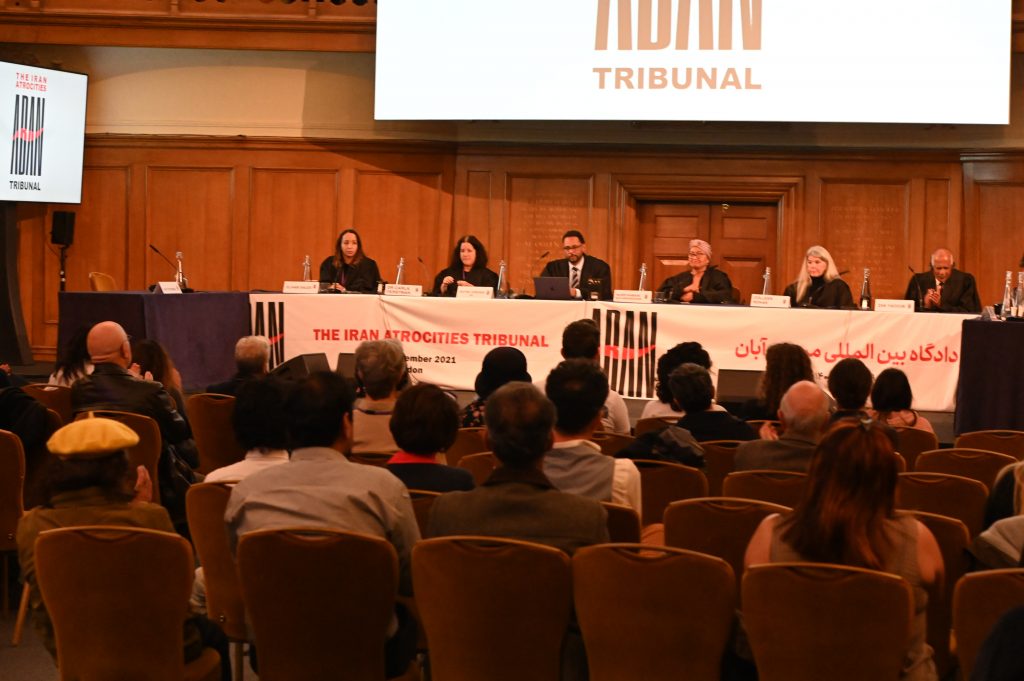 London, 21 June 2022: The judgement of the Iran Atrocities Tribunal, ‘Aban Tribunal,’ has been postponed until further notice. The judgement was originally planned to be heard in June 2022, but due to the surge in Ukrainian refugees, the processing of visas for those who will be in attendance for the delivery of the judgment have been impacted.

We apologise for any inconvenience. This is a disappointment to both the organisers and those affected by the atrocities.  We sincerely thank all the people who continue to support the Aban Tribunal in its efforts.

The Iran Atrocities (Aban) Tribunal is an international people’s tribunal formed as a response to the unprecedented crackdown on the November 2019 protests in Iran. Over 400 people contacted the Tribunal, wanting to testify against Iranian authorities (160 of whom have been accused) for their role in the murder, injury, torture, sexual abuse and rape, and other mistreatment of protestors, bystanders and their families.

The Tribunal heard 59 witnesses in 2021 and 2022, and has taken written testimony from over 200 others. The Tribunal is a way for victims of grave human rights abuses to be heard and is the first step in pushing for official investigations and for the perpetrators to be held accountable.